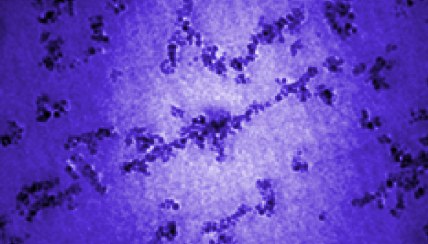 We systematically compare the dispersion and self-assembly of silica nanoparticles (NPs) grafted with either a sparse monomodal long chain length polystyrene (PS) brush or a bimodal brush comprised of a sparse grafting of long PS chains and a dense carpet of short poly(2-vinylpyridine) (P2VP) chains. These two different types of NPs are placed in pure PS matrices of varying molecular weights in a series of experiments. We first show that NP dispersion is generally improved in the case of bimodal brushes. More interestingly, at low PS grafting densities the bimodal brushes give different self-assembled structures relative to the monomodal brushes; we conjecture that the presence of the short P2VP chains in the bimodal brush reduces the effective core–core attractions and thus allows these bidisperse NPs to display self-assembly behavior that is less likely to be kinetically trapped by the strong intercore attractions that control the behavior of monomodal NPs. In this low PS grafting density limit, where we expect the spatial coverage of the brush to be the most nonuniform, we find the formation of “vesicular” structures that are representative of highly asymmetric (“tadpole”) surfactants. Our results therefore show that reducing the inter-NP attractions gives rise to a much richer ensemble of NP self-assemblies, apparently with a smaller influence from kinetic traps (or barriers).