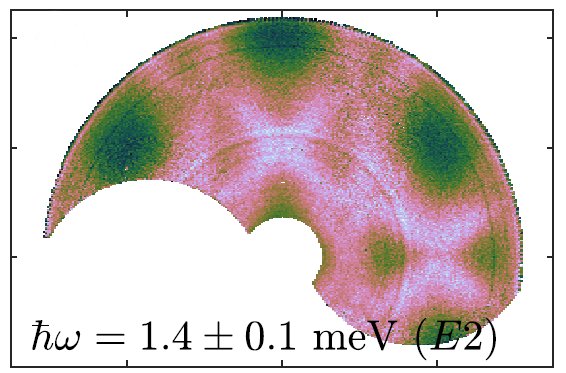 Tb2Ti2O7 presents an ongoing conundrum in the study of rare-earth pyrochlores. Despite the expectation that it should be the prototypical unfrustrated noncollinear Ising antiferromagnet on the pyrochlore lattice, it presents a puzzling correlated state that persists to the lowest temperatures. Effects which can reintroduce frustration or fluctuations are therefore sought, and quadrupolar operators have been implicated. One consequence of strong quadrupolar effects is the possible coupling of magnetic and lattice degrees of freedom, and it has previously been shown that a hybrid magnetoelastic mode with both magnetic and phononic character is formed in Tb2Ti2O7 by the interaction of a crystal field excitation with a transverse-acoustic phonon. Here, using polarized and unpolarized inelastic neutron scattering, we present a detailed characterization of the magnetic and phononic branches of this magnetoelastic mode, particularly with respect to their composition, the anisotropy of any magnetic fluctuations, and also the temperature dependence of the different types of fluctuation that are involved. We also examine the dispersion relations of the exciton branches that develop from the crystal field excitation in the same temperature regime that the coupled mode appears, and find three quasidispersionless branches where four are expected, each with a distinctive structure factor indicating that they are nonetheless cooperative excitations. We interpret the overall structure of the spectrum as containing four branches, one hybridized with the phonons and gaining a strong dispersion, and three remaining dispersionless.